(This article was written by Savanna Morris and Isabella Neubauer.) 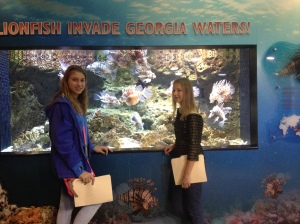 On Wednesday, February 19, the 8th graders of The Georgetown School of Arts and Sciences visited Atlanta, Georgia, to see the centuries-old Shakespeare play, Romeo and Juliet. Mrs. Lane Crosby, the middle school English teacher at TGS, took her two English I students, Savanna Morris and Isabella Neubauer, on the field trip. Mrs. Crosby commented, “Shakespeare wrote his plays to be seen on the stage, not just read in a book. I think the students learned more in these three days than they could have learned in a classroom.”

Bright and early on Thursday morning, they headed out into traffic to The Shakespeare Tavern, a small theater perfectly constructed for Shakespeare’s plays. After the play Romeo and Juliet, the students traveled through the Georgia Tech campus to Sublime Doughnuts, which has been presented with multiple awards and has even been in the magazine Southern Living. After the 8th graders were full of doughnuts, they journeyed to the High Museum. They saw exhibits such as Go West and African Masquerade and also viewed the High’s modern art collection. After, dinner at Chai Pani, an Indian restaurant in Decatur, they proceeded to the Fernbank Planetarium and Observatory. 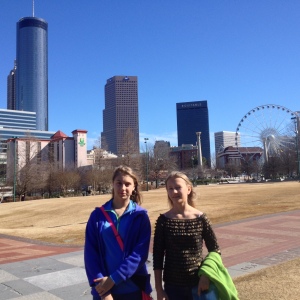 On Friday, Isabella and Savanna spent most of their time at the huge Georgia Aquarium with creatures as big as whale sharks! Next, the 8th graders walked through Centennial Olympic Park to the CNN building. The tour began with a trip up the largest free standing escalator in the world. Then, they continued with the observation of the news room where news gathering and reporting was occurring. After another quick walk and many pictures back through Centennial Olympic Park, they went to The World of Coca-Cola! The World of Coca-Cola was full of colors, but mainly the pop of red everyone recognizes on a Coke. Isabella and Savanna tried many of their 60+ international favors!

On Saturday they packed their bags and drove to the Martin Luther King Jr. Center. The MLK Center was an impressive museum containing videos of his speeches and sermons, many picture displays, his birthplace, his church, and his tomb. The final stop was at a well-known place called The Varsity, the largest drive-in restaurant in the world. Then, the 8th graders from The Georgetown School of Arts and Sciences returned to Georgetown after a long drive.

Thank you to Mrs. Crosby for organizing such an awesome field trip and a special thank you to her parents Mr. and Mrs. Kent for hosting our group.